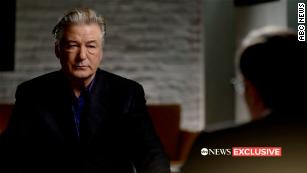 In late October, on the movie set of Rust, American actor Alec Baldwin set off a prop gun, killing cinematographer, Hayla Hutchinson, and injuring director Joel Souza. Hayla Hutchinson is remembered as being a very focused and talented director who was adored by many. On Thursday, December 2nd, ABC News George Stephenopoulos had the exclusive interview with Baldwin investigating what happened that tragic day, asking how a live bullet made its way into a typically unloaded prop gun. It is still undiscovered how live ammunition made it into the gun as it was even checked by Assistant Director David Halls before he handed it to Baldwin. Visibly emotional, Baldwin recalled that tragic day when he explained what happened from the moment the gun was placed into his hands. He was directed by Hayla Hutchinson for a marking rehearsal, catching a specific angle placed towards the side of the camera in her direction. Baldwin said he never pulled the trigger to the weapon.

When asked why he pointed the gun at Hutchins and pulled the trigger when that wasn’t in the script, Baldwin said, “I would never point a gun at anyone and then pull the trigger, never.” Baldwin discloses that he was doing what he was directed to do and said, “I’m holding the gun where she told me to hold it, which ended up being aimed right below her armpit, was what I was told,” Baldwin said. The actor was clearly distraught over the tragic event and has taken responsibility for his part in what happened.

Camera assistant Lane Luper spoke to ABC about sending in his resignation letter before the fatal accident happened which entailed, “lax COVID policies, the housing situation — driving to and from Albuquerque — and specifically gun safety, a lack of rehearsals, a lack of preparing the crew for what we were doing that day” as all reasons he was leaving the set. It comes into question that the insurance of cast and crew safety was compromised and overlooked by the importance of the film. Those in charge of the crew of the film refute Luper’s description of their treatment.

The question of where the accountability lies, and how this unfortunate situation will affect Baldwin’s media image is still unknown. While people have been placing the blame on him, the fault does not lie with the actor as people on set were trained to handle firearms and it is not his job to do this. He has tried to focus the tragedy on the loss of Hayla Hutchinson and the many people whose lives have been devastated by the loss.