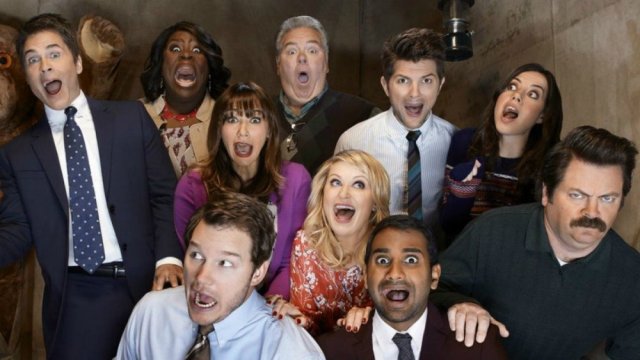 After four long year, Park and Recreation is finally returning for a reunion special, however, I wish it were under better circumstances. Returning in this special are cast members Nick Offerman, Aubrey Plaza, Rashida Jones, Adam Scott, Retta, Rob Lowe, Chris Pratt Aziz Ansari, Jim O’heir and of course, Amy Poehler. Airing on April 30th at 8:30pm on NBC, “The episode is based on the present day pandemic and will follow Leslie Knope as she attempts to stay connected with her former Pawnee Parks Department co-workers in the age of social distancing…(Cohen, 2020).” The news of this spread on social media as some of the stars began posting about it on Instagram. Chris Pratt saying that “it’s the greatest episode of television to ever be filmed in quarantine (Cohen, 2020).” This of course being due to the fact that this episode has been filmed in its entirety in the actor’s own homes.

Executive producer Michael Shur, also known for shows like The Good Place and Brooklyn Nine-Nine, thought that this might be a great way to help raise money for a good cause. All donations are going towards Feeding America, who have set up a COVID-19 fund to help the food bank to be able to support those in need. State Farm and Subaru have already made donations of $150,000 and the NBCUniversal writers, producers, and cast of Parks and Recreation a collective total of $500,000.