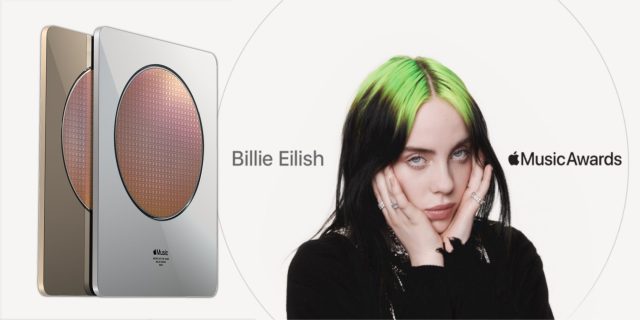 The first ever Apple Music Awards took place on December 4th, 2019. The award show  streamed on Apple Music from the Steve Jobs theater in Cupertino, California. The show awarded the most popular artists of 2019. The award for Breakthrough Artist of the Year went to Lizzo, who had a number one song on the chart with “Truth Hurts”; Song of the Year was awarded to Lil Nas X for his hit song’ Old Town Road’. However, the biggest winner of the night was Billie Eilish who has graced the year with one of the top-selling pop albums. Eilish took home the award for ‘most streamed artist’.

Apple has had a very interesting year. The media giant released their newest iPhone (iPhone 11) and on November 12th they delivered their Apple streaming service which has had a ton of success. This award show does raise a few eyebrows due to how quickly it came after the announcement of the Spotify music awards. What makes both of these award shows interesting is that they give the awards out by determining who has the most streams. This week the Billboard charts announced that they will count YouTube streams toward the Billboard 200 chart as well.

It is clear that times are changing and the internet/ music world is finding more ways to adapt to the world of streaming.