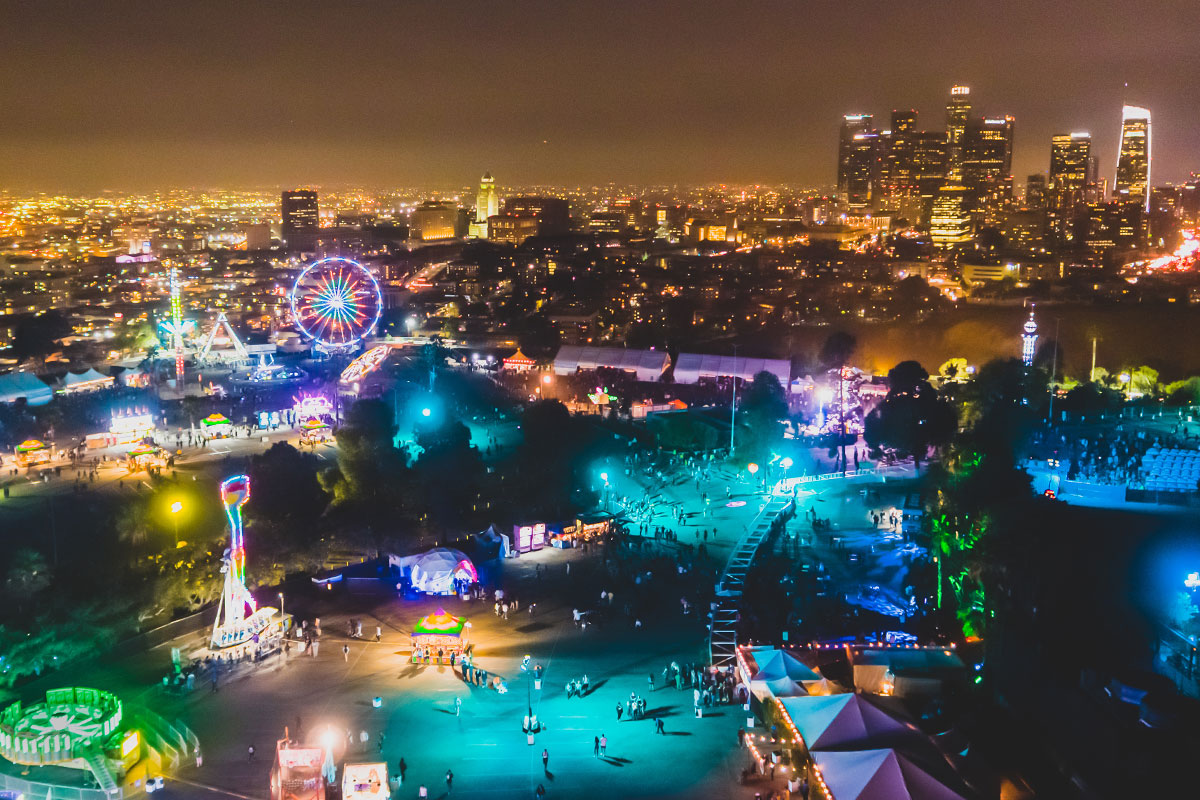 Tyler the Creator held his 8th annual Camp Flog Gnaw Carnival in Los Angeles over the weekend. 45,000 people came from far and wide to see artists such as Thundercat, Brockhampton, and Tyler himself. When putting out the lineup for the festival, Tyler blocked out one of the headliners, putting a series of question marks in their place. It was widely speculated that this mysterious headliner would be Frank Ocean. Frank is coveted in the music world owing to the rarity of his performances. He doesn’t tour and North American performances are few and far between. Being that Frank and Tyler are old friends and former members of Odd Future, people believed that he would be the mystery performer. “His name was all you heard while standing in line, as if the infamous recluse could be wished into existence.”

When Drake walked out, the crowd was unamused. While Drake is a stadium-filling, more-top-10’s-than-the-Beatles-having artist, he represents mainstream pop-rap; the antithesis of Frank Ocean. While Drake is a manicured, establishment rapper, Frank is a sexually fluid, multigenre artist who has rejected the world of ghostwriters and controlling record companies.

Drake could tell that the crowd wasn’t feeling his set, and seemed to be fighting for attention. He asked multiple times if the crowd wanted him to keep going, even asking “Can I do one more? Is that all right with you?” When he received boo’s and little positive reaction, he humbly ended his set, telling the crowd, “It’s all love.”

Now, who’s fault was this? While many artists at the festival are similar to Frank in their alternative take on pop, rap, and r&b; many others were mainstream artists. Artists such as YG, DaBaby, and 21 Savage all fall into the same mainstream rap category as Drake. There are two issues at hand here, and Tyler seems to be at fault for both. Tyler has been known to have ultimate creative control over his content. He designs his clothing and produces/arranges all of his own music. If it wasn’t his idea to put “???” as the headliner, he sure as hell signed off on it. If Drake had been named as the headliner from the get-go, people would probably have enjoyed it. They would not have felt let down by not seeing Frank. The second issue deals with Tyler changing as a person and an artist. Tyler has historically been an anti-establishment musician. If you told someone at the first Flog Gnaw Carnival (of which I attended) that Drake would be headlining in a few years, they would laugh in your face. Drake represents everything that Tyler always hated. Perhaps money has changed him. While he used to rap explicit lyrics condemning designer clothing, he can now be seen sporting extravagant garments from Commes de Garcon and Louis Vuitton.

All criticism aside, the Carnival is a testament to Tyler’s genius, as well as his work ethic. At 28, he has already built an empire for himself (and helped many of his friends along the way). Tyler breaks down racial and sexual stereotypes. He is a self-made, black entrepreneur. He is a rapper with lines such as “I been kissin’ white boys since 2004.” He is getting young people to dress like old golfers, and making it cool. It’s unfortunate that he decided to book Drake, and more unfortunate that he inadvertently led people to believe that Frank would headline, but all in all the festival was a success.

One thought on “Tyler the Creator gambles on Drake, loses.”