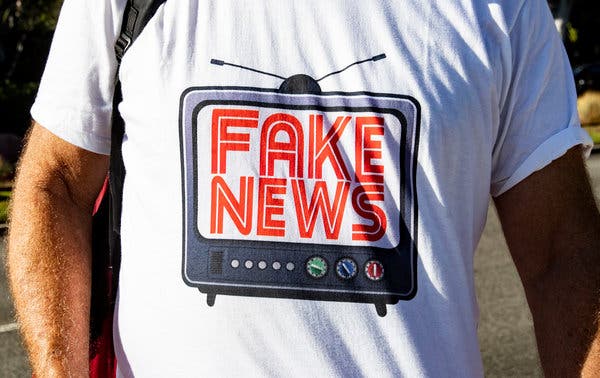 The high amount of trust that Americans have in the local news has long been exploited. Now, this problem is changing in nature due to Americans’ increase skepticism about the national news they consume.

Some misinformation in local news comes from foreign governments seeking to meddle in American domestic politics. We have seen this is the 2016 presidential election when Russian bots invaded the likes of Facebook and Twitter, spreading false and extremist views. Things are changing and becoming more trickier, however. Websites are becoming more creative with the way they trick readers. Many fake news websites impersonate real local news outlets with faux-local names. In Michigan, The Lansing State Journal ( a real news outlet) reported the existence of a network of more than 35 faux-local websites across the state of Michigan with names like Battle Creek Times, Detroit City Wire, Lansing Sun and Grand Rapids Reporter. These sites can easily trick someone into believing they’re real.

As this tactic has become more common, some influential political figures have unknowingly promoted these independent local news sites. For example, a website called the California Republican promised to inform its readers with the latest news, sports and analysis in the Central Valley area. However, it was later found out that California Republican congressman Devin Nunes’, campaign committee team had paid for the website. Similarly, Kelli Ward, a Republican representative from Arizona, promoted an election endorsement from a pseudo-local Arizona news site. This could

When it comes down to it, Americans trust local news outlets more than national outlets.  This is especially true of Republicans, who are the most skeptical of national media news. That is why it’s so easy for local news outlets to manipulate readers and be impersonated. These fake local news sights often align with the readers views, which is another reason why the content is likely to be well-trusted and believed..