y Joe Flint
Sept. 21, 2019 12:00 am ET
When Walt Disney Co. recently struck a big production deal with Dan Fogelman, creator of the hit drama “This Is Us,” it tore up the usual playbook for signing up TV talent.

Normally, a TV producer’s biggest paydays come after a show has run for a long time, when it sells reruns. But Mr. Fogelman’s new deal, valued at between $100 million and $150 million, according to a person familiar with the pact, is frontloaded. He won’t get any profits from reruns down the road, for “This is Us” or other shows, but in lieu of that he gets an unusually big check right away.

Behind the new model: Netflix Inc., which popularized upfront payments for talent.

The entertainment industry is going through its most dramatic period of change in decades, as Hollywood’s traditional players, fortified by megamergers, launch new streaming services—selling programming directly to consumers online for the first time. They’re spending hundreds of millions of dollars to secure high-quality programming, and in the process are fundamentally reimagining how they do business with talent.

Many of Netflix’s tactics are becoming the industry norm. Industry titans like AT&T Inc. ’s WarnerMedia and Disney are locking up the biggest creators, from “Star Wars” veteran J.J. Abrams to “Riverdale” producer Greg Berlanti in lucrative multiyear deals. Studios are looking for more flexibility to put shows on whichever platforms they choose, including their nascent streaming outlets. 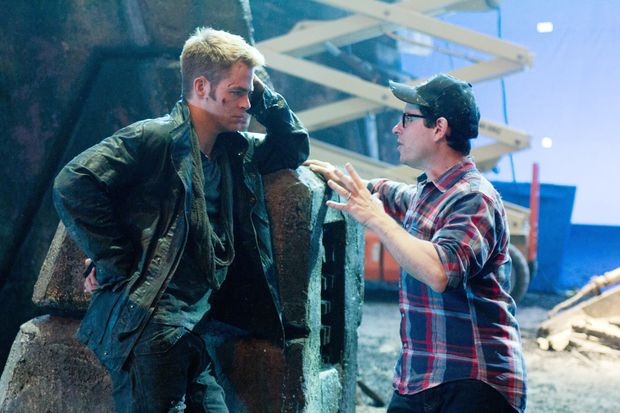 Warner Bros. signed star producer and director J.J. Abrams (pictured on the set of “Star Trek: Into Darkness with actor Chris Pine) to a deal valued at $275 million or more. The deal commits him to projects for HBO Max but also gives him freedom to make shows elsewhere. PHOTO: ZADE ROSENTHAL/PARAMOUNT PICTURES
On the creative side, even successful shows are likely to have shorter runs—as is increasingly the case on Netflix—because of rising production costs and the difficulty of keeping audiences’ attention given a plethora of viewing options. For consumers, that means more shows they love will run their course within three or four years instead of seven or eight. For the talent, it means moving on to new jobs more frequently.

Luring TV’s biggest stars to jump into streaming, if they already haven’t, is a high priority. Kaley Cuoco has had a charmed life in broadcast TV, most recently starring for 12 years on CBS’s hit comedy “The Big Bang Theory.” She plans to take up her next role in a drama for HBO Max, the upcoming WarnerMedia streaming service that will bring together HBO and the rest of the Warner empire.

“I’m one of the guinea pigs,” Ms. Cuoco said of her deal to star in and produce “The Flight Attendant,” a thriller series based on the novel of the same name. “It is a little scary.”

The new streaming launches are around the corner. Disney, which already controls Hulu, in November will debut a new low-cost service, Disney+, which will feature its major Marvel and Star Wars franchises and a bevy of kids content, some of which is coming from outside suppliers, including “Diary of a Female President,” from CBS Studios. Apple Inc. around the same time is launching with a handful of premium shows featuring big stars. WarnerMedia’s HBO Max and Comcast’s Peacock will debut next year, adding to the already fierce competition between Netflix, Amazon.com Inc., Hulu and CBS’s “All Access.” In just the past several weeks the companies have collectively committed several billion dollars to secure deals with top producers and rights to popular old shows. 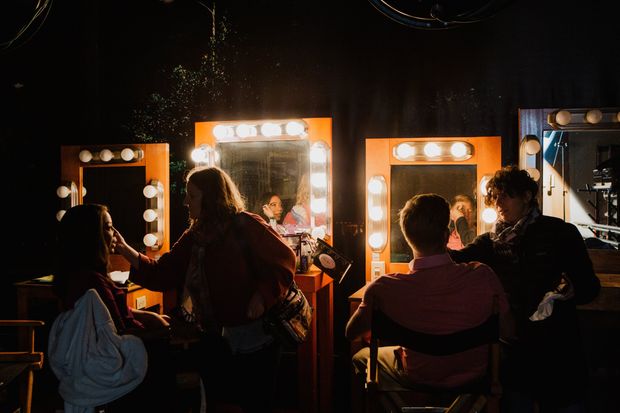 On set at ‘Diary of a Female President,’ a series from CBS Studios that will run on Disney’s streaming service, Disney+.l PHOTO: ALEX WELSH FOR THE WALL STREET JOURNAL
Upfront Money
For decades, the formula for producers to make big money in TV was for a show to stay on the air long enough to have 100 episodes or more—enough to sell reruns to other TV networks. The bulk of the profits for production studios and show creators have come from those “syndication” deals, not the initial fees to produce and air the show. The creators of “Seinfeld,” “Friends” and “The Simpsons” made hundreds of millions of dollars this way, as stakeholders who were entitled to a cut of the profits.

“Television used to be about bulk and volume and you fought to keep your show alive to get to that magic number,” said producer Josh Schwartz, whose credits include the teen drama hits “Gossip Girl” and “The O.C.”

Netflix signed prolific producer Shonda Rhimes, shown above in Cannes, France, this past June, to a lucrative multiyear deal. PHOTO: CHRISTIAN ALMINANA/GETTY IMAGES
Netflix did away with that model when it started wooing superstar producers to make content exclusively for the service, including “Grey’s Anatomy” creator Shonda Rhimes and “Glee” producer Ryan Murphy. Netflix paid nine-figure upfront fees to Ms. Rhimes and Mr. Murphy. Netflix doesn’t sell reruns of its shows to other platforms, so there weren’t any syndication profits to be had for the producers, and the producers wanted a bigger check to work for Netflix.

Now, Warner Bros., Disney and other studios are embracing the Netflix approach with some of their top producers. When Warner Bros. signed Mr. Berlanti for $300 million last year, the deal was structured similarly to those Netflix pacts. He gets a large amount of upfront money that essentially buys him out as a “profit participant”—or financial stakeholder—in the shows he has made with the studio, a person familiar with the deal said. He will also receive bonuses based on how long a show runs.

Messrs. Berlanti and Fogelman declined to comment on their deals.

These ideas aren’t just being applied to the superstar producers. At Disney, the TV business unit has developed a new set of standard deal terms that gives producers big upfront fees but no back-end profits. The stakeholders can be rewarded during a show’s run based on ratings, longevity and even awards, an executive familiar with the system said. 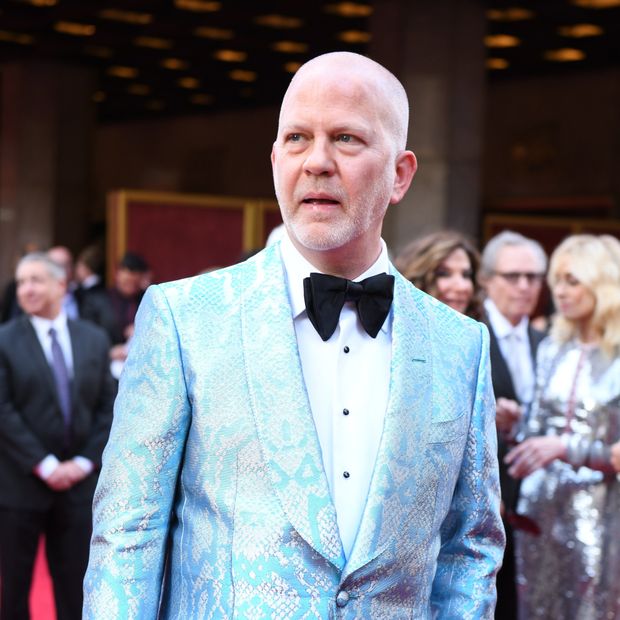 Netflix signed producer Ryan Murphy, shown above at the Tony Awards in New York in June, to a multiyear exclusive deal. PHOTO: JENNY ANDERSON/GETTY IMAGES
“This is a massive switch in the business and we’re seeing that all over right now,” said Ari Greenburg, president of the talent agency WME. New buyers are driving up costs and traditional studios “are paying more for writers and producers than ever before,” he added.

In traditional TV deals, creators face the risk that their show might not live long enough to get into syndication—or, even worse, they could create 80 or 100 episodes of a show, but never get a big financial payoff because there wasn’t a market for its reruns. Mr. Schwartz, who is making shows for Disney’s Hulu and WarnerMedia’s HBO Max, said that was the predicament after he produced the NBC comedy “Chuck” for five seasons.

–– ADVERTISEMENT ––
By guaranteeing creators a good amount of money early on, those risks go away, he said. On the other hand, there are possible downsides. If a show becomes a monster hit and does generate a windfall in profits from reruns, “you’re probably leaving a lot of money on the table,” he said.

In essence, it’s a hedge.

In the age of Netflix, a lot of well-known actors have signed up with the video streaming service thereby competition large networks and regular entertainment shows.