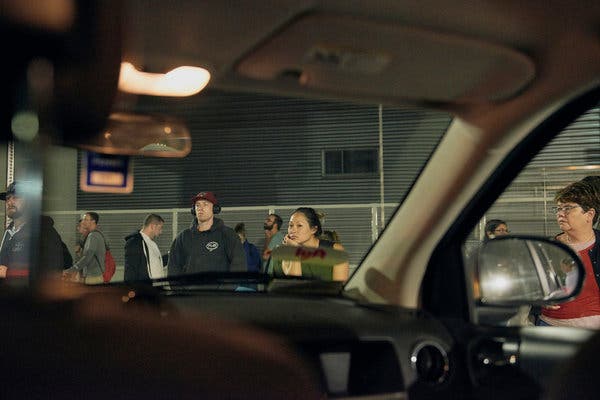 Image Above. Travelers waiting for rides to arrive at San Francisco International Airport. Uber and Lyft are fighting a bill in California that would change the legal designation of their drivers.CreditCreditAileen Son for The New York Times.

A bill in California’s legislature could soon force the likes of Uber to be treated as employees instead of contractors. A plan both companies are totally against and have over 60 million dollars on a ballot initiative to have their companies exempt from the law. Door Dash a food delivery is contributing 30 million dollars on the ballot. This law will give fair treatment to Uber drivers and left drivers as well as getting paid above minimum wage. This article interests me because it deals with customers like me who use uber and left services in the local Philadelphia area. I think this will eventually make its way to Pennsylvania Area. To counter such an initiative, the ballot that both companies propose would have the driver set their schedule. The companies hope to preserve their concession wages, which set in the ballot initiative. Lyft plans to take their plan directly to the voters to combat the California bill which would make services such as Uber and Lyft to change the status of their drivers from contractors to workers which both companies vehemently opposed. As Lyft spoke person Adrian Durbin stated, “We are working on a solution that provides drivers with strong protections that include an earnings guarantee, a system of worker-directed portable benefits and first-of-its-kind industrywide sectoral bargaining, without jeopardizing the flexibility drivers tell us they value so much,”

This article is interesting to the reader such as me because thousands of riders in Philadelphia uses services such as Uber and, Lyft as well as the fact their type of service continues to grow. A similar initiative such as those in California might pop up in our region as well